The weather in winter brings forth a host of strange phenomena including thundersnows and ice tsunamis. However, something extraordinary is happening on the shores of Lake Michigan. The ice volcanoes created by the cold winter weather on the lake beachfront are quite spectacular to impress veterans of Great Lakes winter.

The ice volcanoes, captured on video shows them spewing slushy water out of the cone-shaped ice mounds, creating a large buzz on social media. 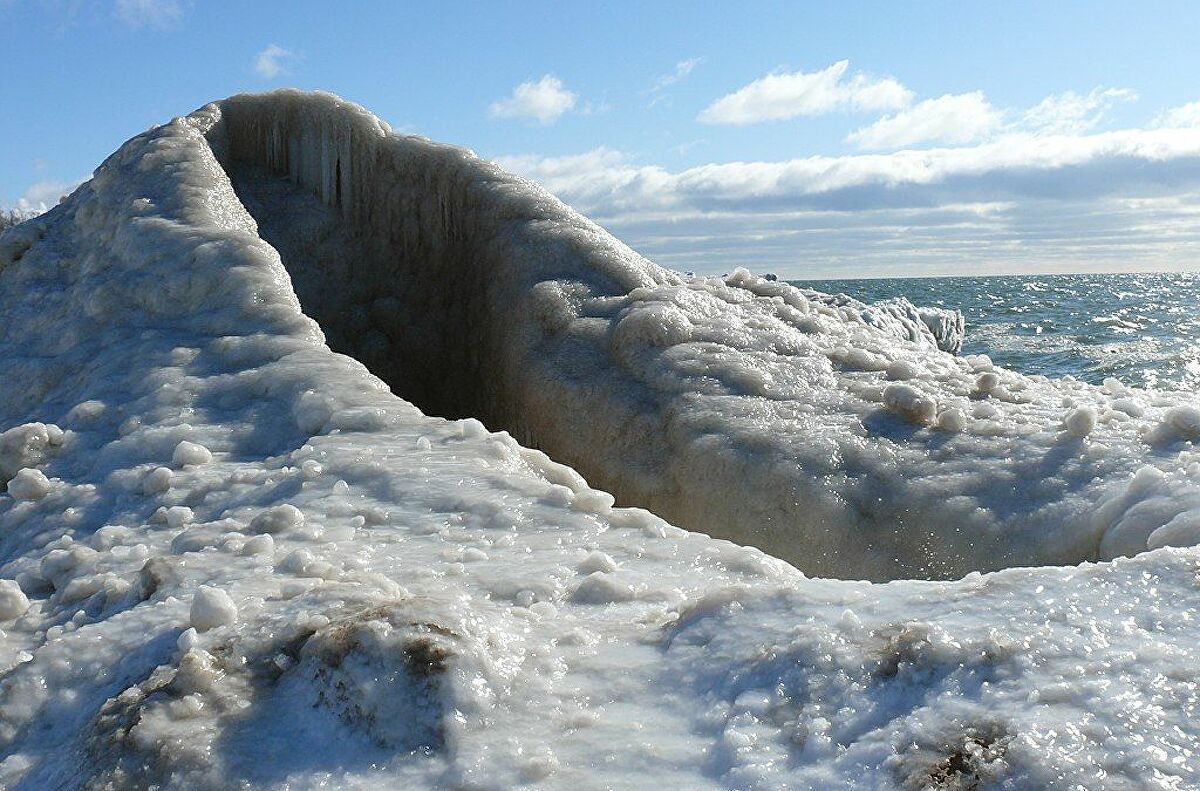 While strolling on Oval Beach at Lake Michigan’s eastern shore, Ernie Ostuno, a meteorologist at the National Weather Service (NWS) captured the odd phenomenon with his camera. He took a few photos of water bursting from the mounds on the ground.

This wouldn’t be the first time that such a phenomenon has occurred around the Great Lakes before. Unlike real volcanoes that spew superhot magma from the earth, the ice volcanoes only occur when the lake is frozen.

In very low temperatures, water flowing from a large lake is usually blocked by a thin halo of ice. There are strong water currents below the ice as water keeps flowing towards the shore. Beneath the ice, the waves build up pressure that eventually bursts through cracks at the surface. The water bursting from the cracks may end up forming a mound when it freezes and settles back down on the surface. 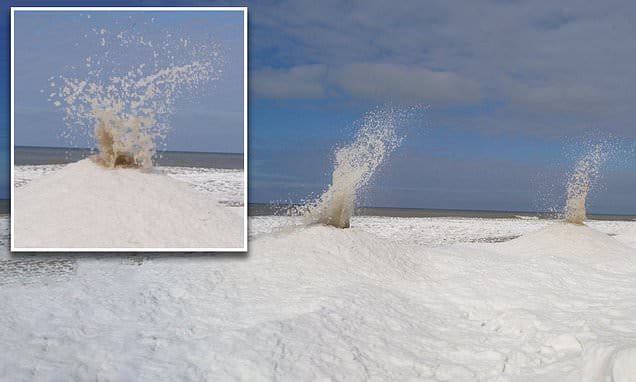 Don’t Go Near One

Explaining how ice volcanoes are formed in a Facebook post, Tom Niziol, a meteorologist explains, “They form as water is pushed under the ice sheet and as the pressure builds up the water shoots out through holes in the ice. If it’s very cold, then that spray freezes up eventually building a cone.”

The meteorologist also warns people against going near any of these ice volcanoes. He writes, “They can be very dangerous to climb on however because they are hollow and built over that hole in the ice. Don’t ever go venturing onto them.”

While not unheard of, ice volcanoes are still a rare occurrence. In a news report, Matt Benz a meteorologist at AccuWeather said, “It’s almost a ‘Goldilocks’ situation where you need just the right conditions over a period of time to get these [formations] to develop.” 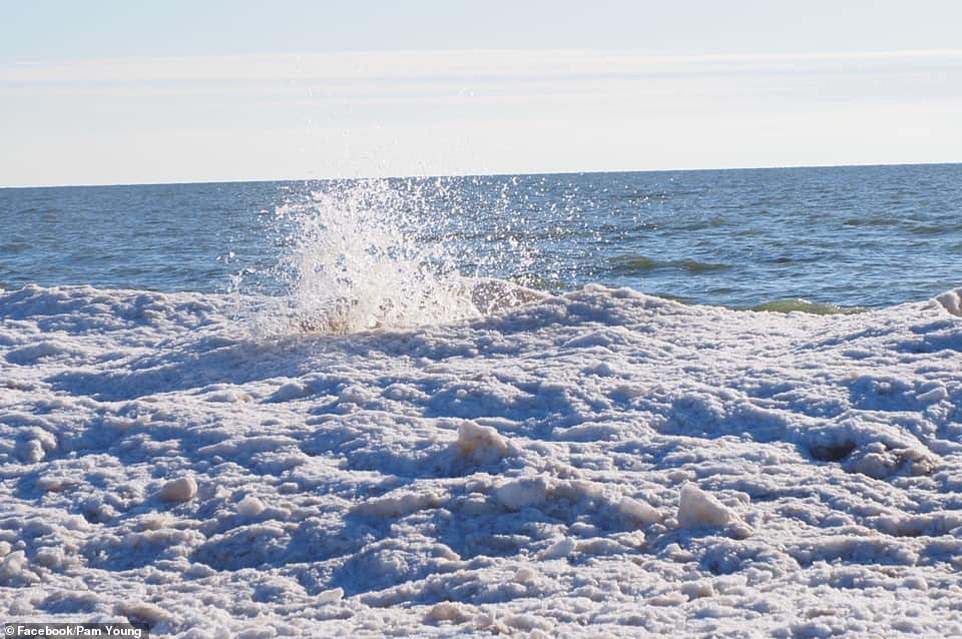 The NWS Grand Rapids office shared the photo of the ice volcanoes on Twitter with the caption “It was a great day to visit the beach and watch the waves interact with the ice. Here’s a couple “ice volcanoes” erupting at Oval Beach on Sunday, February 16, 2020.”

The video of the same erupting volcanoes was also shared by the US National Weather Service on Facebook. As the picture of the ice volcanoes went viral, Twitter users reacted with @TomNiziol commenting, “Those are some of the best ice volcano photos I have seen, I have seen them on the east end of Lake Erie as well!!”

Another Twitter user wrote, “Probably the most fascinating winter phenomena on the Great Lakes, besides lake-effect snow.” You can head over to the Great Lakes if you want to see an ice volcano in person, but be careful where you step.