In Cleveland, Ohio, a man named Mendl Weinstock jokingly made a promise to his sister that he would attend her wedding in the future with a llama. That was in 2015 and Riva never took it seriously.

To her, it was nothing but a joke until her wedding day. Five years later, on the 1st of March, 2020, Mendl made true his promise and brought with him a real llama to his sister’s nuptials. 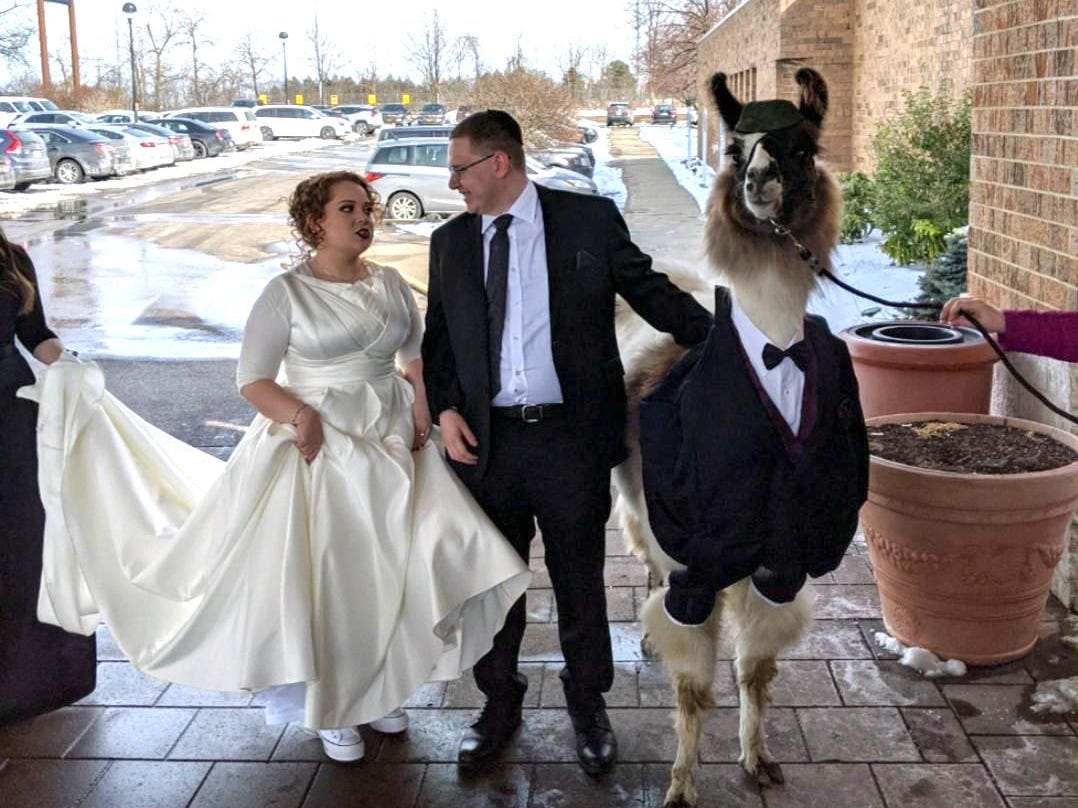 The story of Riva and Mendl and the llama began in 2015 during a road trip from Ohio to Indiana with a group of friends. Riva was only seventeen at that time as she talked with her friends about their weddings in the future as if these were to happen the next day.

She didn’t even have a boyfriend let alone an engagement ring. After some time, Mendl got annoyed with their conversation.

As he recalled, “Sitting in that car for five hours listening to this was driving me crazy. So, I wanted to see if I can get a reaction out of her.” It was then that he made the promise. Mendl said, “If you make me come to your wedding, I’m going to bring a llama with me.”

It was an almost spontaneous thing to say, the first thing that came to mind. Riva, of course, wasn’t pleased at all, and said that would just ruin her wedding day. Eventually, she brushed it aside as just a joke and said: “The llama is invited to the wedding.” If only Riva knew that her brother would keep this promise. 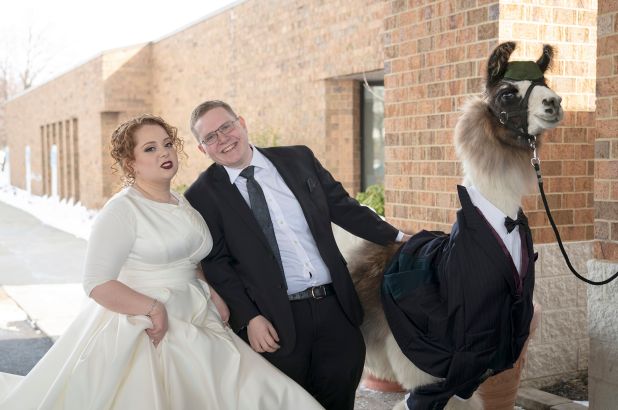 In October of 2019, Riva got engaged nearly 5 years after her brother made the promise. At the time of the engagement, she still never imagined that Mendl would still remember that silly promise. She called Mendl to inform him about the happy news. In response, Mendl texted her about the confirmation of the llama rental.

Riva knew her brother well. After receiving that message, she decided to accept her fate as it was easier to get in on the joke instead of trying to fight it. Mendl, on the other hand, already started on his assignment as he searched for llama farms in Ohio.

Eventually, he settled for Shocky, a male llama used in county shows and fairs. He shelled out $400 for the rental of the llama plus some more for a custom-made tuxedo. The llama had an invitation to the wedding and as such, Mendl made sure that it followed the optional black-tie rule. 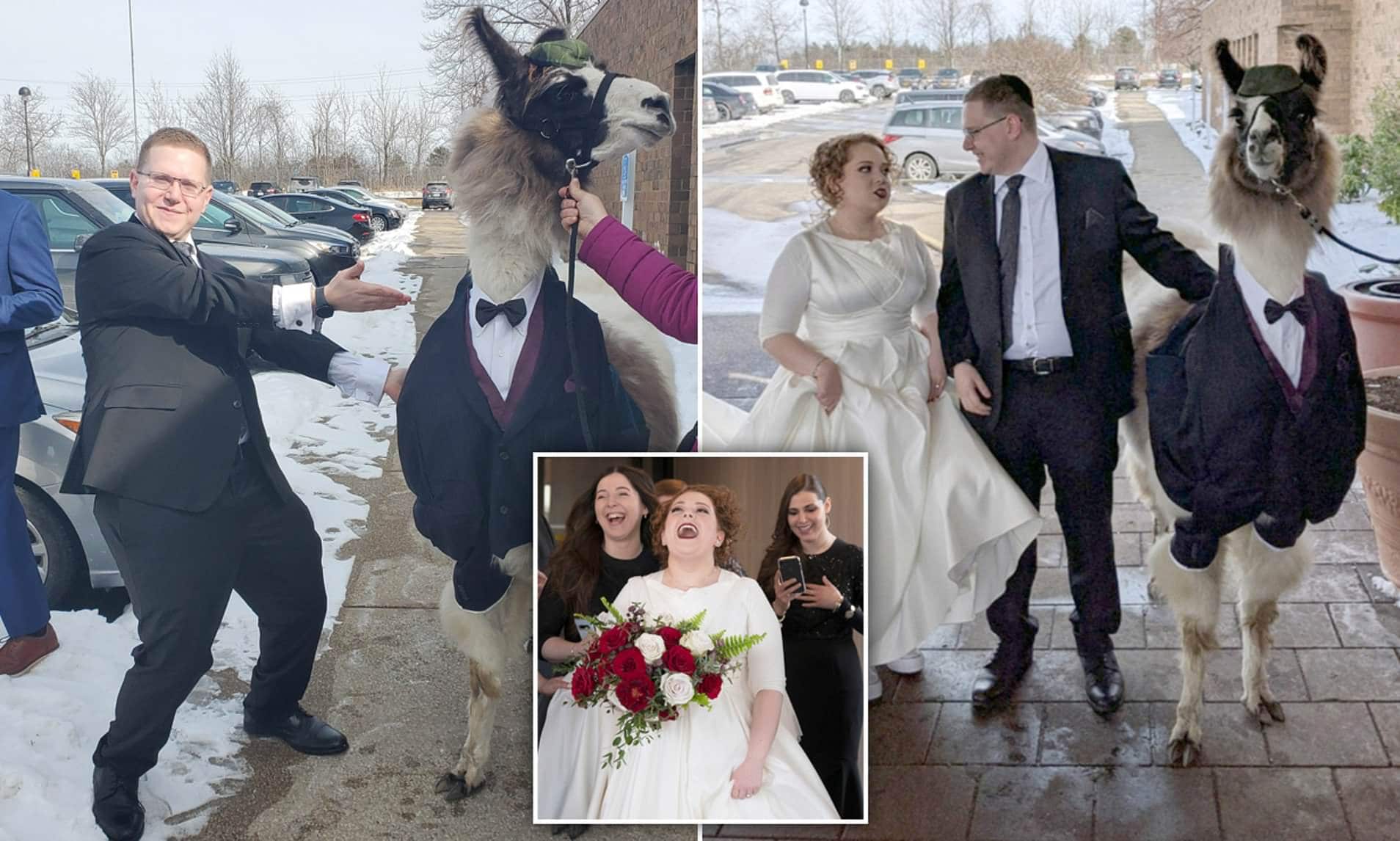 On the 1st of March, 2020, the day of the wedding, Mendl and Shocky attended the wedding, greeting the guests outside of the banquet halls. Riva wasn’t too amused when she made her entrance.

The proof of this got captured in a photograph that is now viral where she appeared to give her brother a side-eye snarl. On Reddit, the photo got over 155,000 upvotes and it also caught the attention of BuzzFeed, Twitter, and even CNN.

To Mendl, the wedding was a lot of fun. As he put it, “When you promise something, you stick to that promise. It’s not about the llama. It’s about the fact that I made a promise to my sister 5 years ago, and I kept that promise. Your word means something.”