This has got to be the thing that nightmares are made of, particularly if you’re busy working on a report for television. Imagine being focused on thinking about what you want to tell your audience while having a snake draped around your neck, which is consistently striking at your mic.

This is exactly what happened with Sarah Cawte of Channel 8, Australian News recently.

Snakes are scared of humans

At least this is what we have often heard in news reports, internet articles and sometimes from snake handlers. As Sarah Cawte was attempting to share this information with the public for a television insert however, the pesky snake kept striking at her microphone.

Concerned that her hand around the mic would be next to attract the reptile’s attention, she quickly sought reassurance from the nearby snake handler.

Fortunately, Sarah remained calm but whether we realize it or not, the fear of snakes goes way back to the days when cavemen had to rely on their wits to survive in the wild. Psychologists today point to the fact that this is the most likely reason why we still have a seemingly irrational fear of snakes and spiders.

The truth of the matter though is that very few snakes are aggressive and not all are poisonous, which also supports the fact that our fears are often irrational. 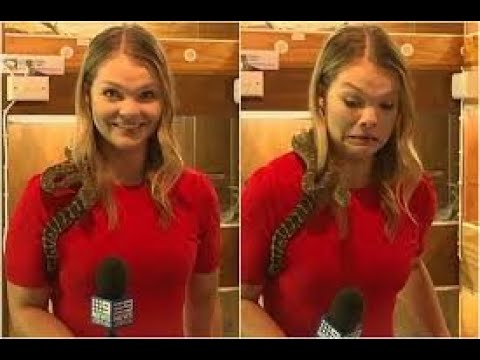 Our fears of snakes are largely irrational because these creatures will rather avoid humans than strike out when they feel threatened. Their first instinct is just as much to get away from people as it is for us to run in the opposite direction.

This is because snakes really are as scared of people as we are of them. Not that anyone really wants to deliberately place themselves in the position to find out, except if you’re Sarah Cawte with a mission to prove otherwise. 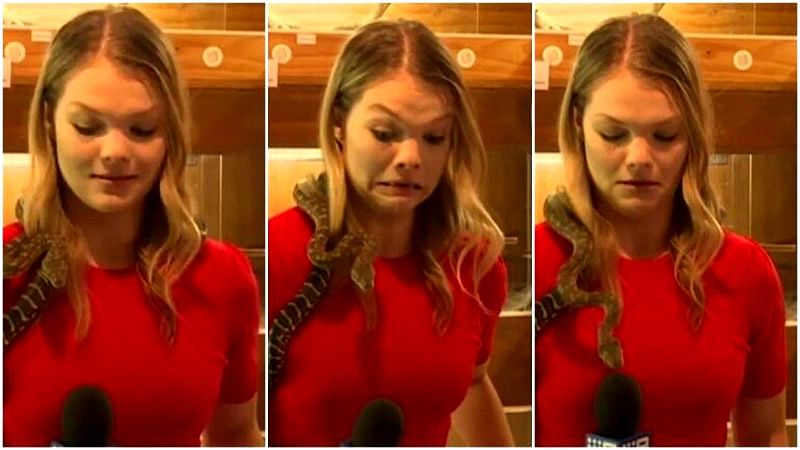 Simply knowing that venomous snakes are predatory and will wait patiently in a camouflaged position to strike their prey, can make a difference. In contrast, non-venomous snakes tend to be more outgoing and will actively go out and look for their food.

This is one reason that people panic needlessly as the snakes they see in the open are more likely to be the non-venomous type. Of course, this is not a hard and fast rule and it always pays to be cautious.

Being cautious simply requires observation rather than panic. Another reason that should decrease panic, is that there are far fewer poisonous than non-poisonous snakes around.

So, the worst that can happen is that you will witness a snake in your garden, that is not dangerous and is simply doing what it needs to do to survive. Observe. Leave it to live, as it has nothing to gain from actively pursuing something that is 100 times its size.

Not everyone is a Sarah Cawte who has a snake wrapped around her neck while reporting for television news. As scary as her situation was, Sarah maintained her calm, supported by the nearby snake handler.

With some research and knowledge, you can also remain calm when close to a snake that may or may not be poisonous. Best to move in opposite directions as neither of us like each other much.