People love including their pets in their activities but one man takes it further than most. A recent video shows Bruno Valente and his dog Kazuza gearing up for a 2,300 feet jump.  Valente picks Kazuza up and jumps off the platform, almost immediately opening his parachute.

He is able to navigate without difficulty as the dog appears quite calm under unusual circumstances. They both land safely on the ground and do a high-five before Kazuza bounds away. 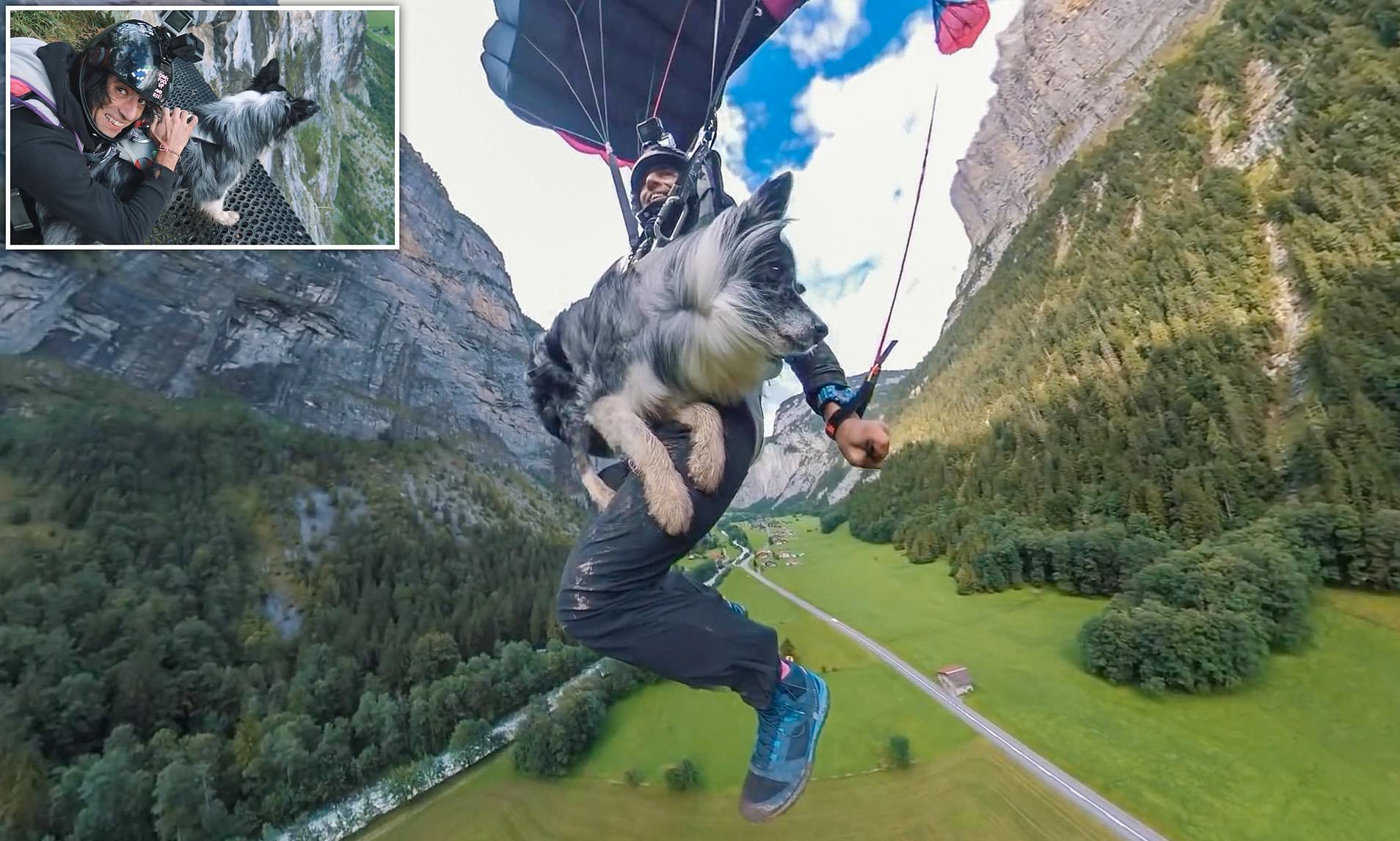 Valente decides to take his dog BASE jumping with him

Bruno Valente (38) and his border collie, Kazuza (6), have parachuted off many cliffs together.  When Valente first started BASE jumping, he would have to find someone to look after Kazuza. Many times he couldn’t jump because he had no-one to take care of his dog and that is when the idea came to him of taking Kazuza along with him.

What is BASE jumping?

BASE jumping is considered to be one of the most dangerous of extreme sports due to the low altitude and proximity to the object jumpers are jumping from. BASE is an acronym that stands for building, antenna, span (bridge) and earth (cliff).

These are the four categories of fixed objects from which one can jump, using a parachute to descend safely to the ground. It is like skydiving but with no plane.

How does Valente keep Kazuza safe?

Valente found a very safe harness and tried to see Kazuza’s reaction when he put it on and went close to the edge. Kazuza seemed quite unperturbed and since then he has done about 40 jumps with his owner.

Footage of Kazuza and Valente jumping off a 2,300-foot cliff in Switzerland was captured by Jokke Sommer, a friend, and filmmaker from Norway. At the end of the footage, we see Kazuza and his owner high-fiving.

Sommer says the Kazuza is obviously well trained and has a lot of trust in his owner. He regards him as the luckiest dog in the world, saying that the moment Kazuza sees the parachutes, he gets excited and makes a lot of noise.

He also says that when he looks over the edge you can see he is reacting and maybe thinking “This one is huge” but he doesn’t fight against it. Valente says he is more afraid than Kazuza before a jump. 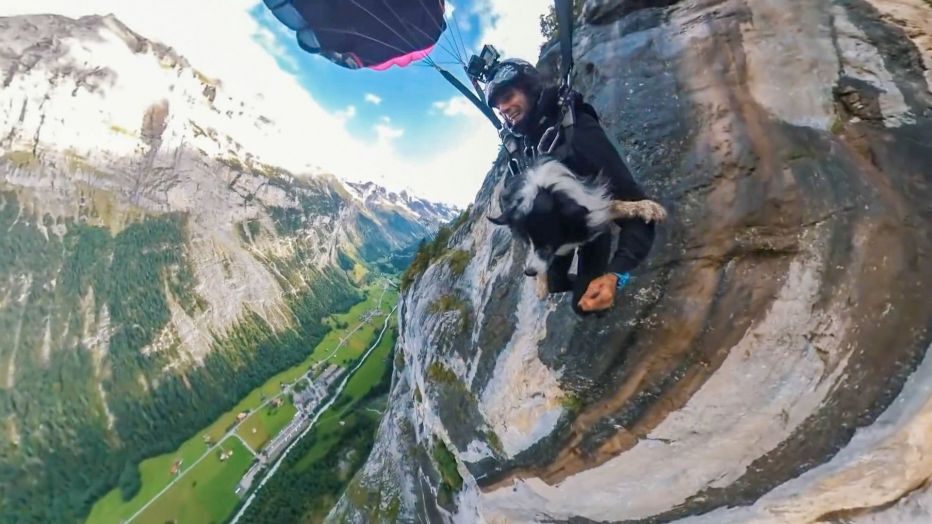 Valente calls Kazuza his ‘four-legged son’.  A friend asked him to look after Kazuza for a week as he had to go and work in another country. A week turned into a month and he has had him ever since.

Valente says Kazuza’s body language tells him he is quite happy to do the jumps. The ‘daredevil’ doggie doesn’t seem to turn a hair while jumping from a great height, confident that his owner will keep him safe. Dogs can experience phobias, just like humans, but this is one dog that doesn’t seem to have any fear of heights.