There’s no limit to people’s creativity in the world. While some people would like to believe that others are creative only to some level, many people are taking this belief to a whole new level. Anthony Hoyte, a recreational cyclist, is one such perfect example.

The avid cyclist put so much time into this hobby to the extent of dedicating his time to cycling for long hours. These long cycling hours aim to come up with epic images on Strava, a fitness app. To help bring more to the festive cheer, Hoyte decided to cycle around London just to create the image of a reindeer for everyone to enjoy all year round. 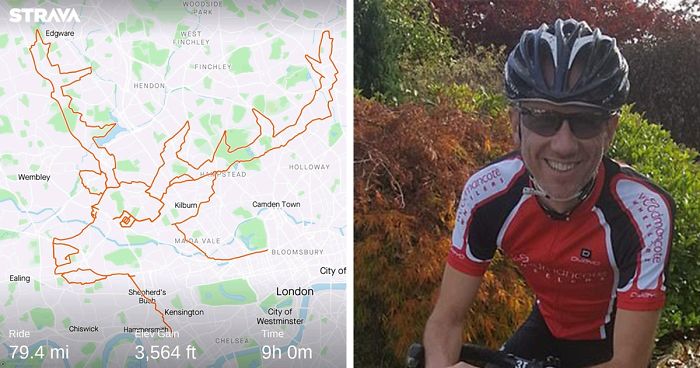 Although Anthony likes to refer to himself as a recreational and club cyclist, he sure does more than you’d expect from one. The effort and time he put into cycling is something that a Tour De France cyclist would.

The cyclist from Cheltenham, England uses Strava to track his routes and burn some calories. It’s from this app that he initially noticed the formation of shapes from the routes he had cycled on.

That’s when the idea struck him and he decided he’s going to use the app to trace different epic images while cycling. He admits that the Strava creations take some time to plan, but he’s more focused on creating quality rather than quantity.

To create the images, Hoyte starts by studying online platforms including Google maps to come up with different shapes by following a variety of paths around London. 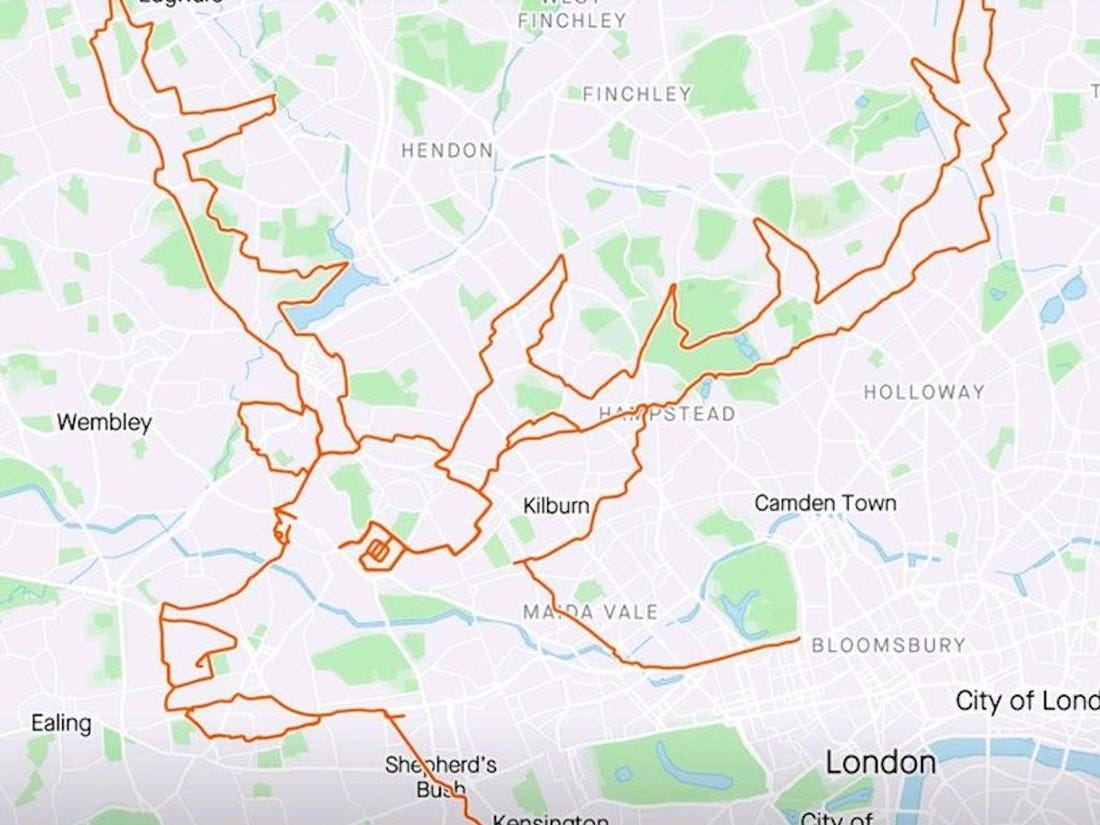 Since he came up with the idea in 2016, Anthony has created a variety of images. However, the latest image has captured people’s attention bringing to the fore his works of art. Because it was the Christmas season, this recreational cyclist decided to create a picture of a reindeer to capture everyone’s holiday spirit.

He would create this by cycling around the streets of London and his reindeer would feature actual antlers. This took him to the north of London where he cycled in the rain for 9 hours and covered approximately 80-miles to come up with this work of art. If that’s not being dedicated to a hobby, then what is?

However, things don’t always go as planned when creating these images. Some of the challenges he faces include losing signal that ends up creating odd lines on the design. He admits that he faced the same challenge when creating Rudolph, the reindeer, but the odd lines weren’t noticeable. 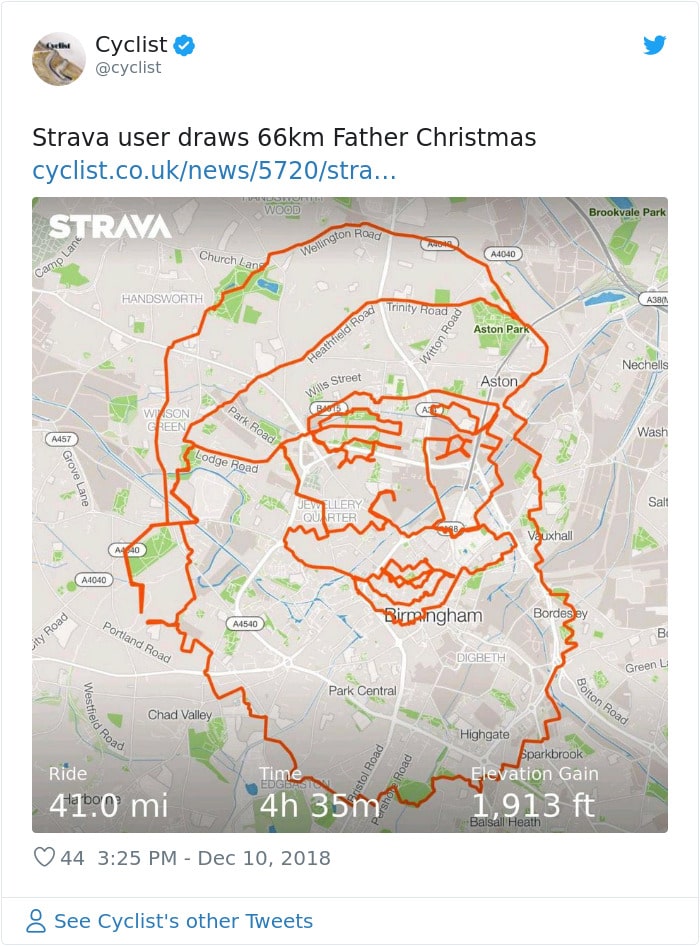 The reindeer wasn’t the first work of art created by this cyclist. Anthony has come up with other works of art for holidays while on his cycling escapades. Other epic images he’s created include Santa Claus and a snowman.

However, creating Rudolph has so far been an image that has taken him the longest. Though these images are difficult to create, he always looks forward to creating them. Besides these holiday images, Hoyte has also created drawings of a cute cat and a Yorkshire terrier. If you think about it, it’s a pretty clever way of using one’s creativity.