A bond between a mother and child is permanent. No matter where in the world a child goes, a mother can always tell when the child is in trouble. This motherly instinct is no different between Ana Julia Torres and Jupiter.

Ana rescued Jupiter from a circus when he was just three months old. Since his rescue, she has raised the lion as though he is her own son at the Villa Lorena animal sanctuary in Cali, Colombia.

Ana has run the animal sanctuary for more than 30 years and houses hundreds of animals in need of help. However, in April 2019, authorities confiscated Jupiter, citing inadequate documentation and accusations of animal cruelty. These accusations stood despite the fact that Ana has rescued many wild animals with a history of mistreatment and abuse. 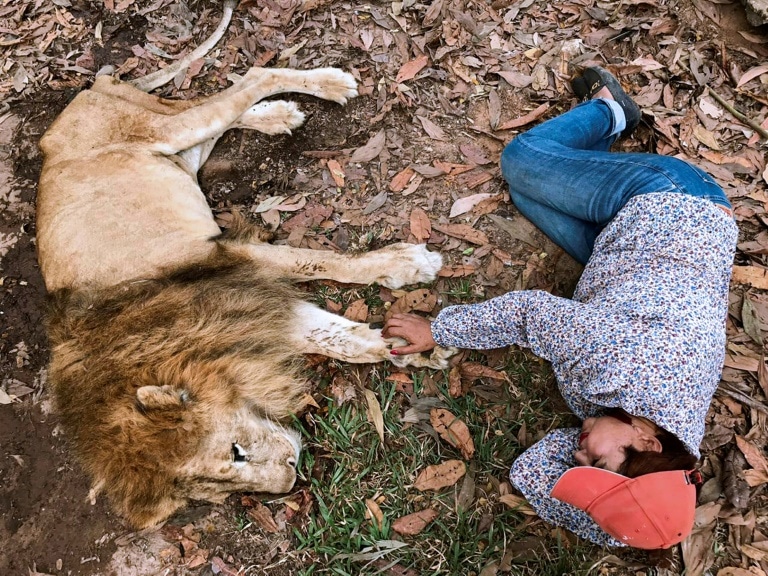 Authorities confiscated Jupiter and took him to Los Caimanes Zoo in Cordoba. Upon his arrival at the zoo, he weighed 250 kilograms, a healthy weight for an adult male lion. Later, the zoo closed down and Jupiter was taken to a nearby facility. It was at this facility that Jupiter began to lose excessive amounts of weight.

Authorities decided to step in when they noticed the 20-year-old lion was in critical danger. They found Jupiter malnourished with an empty stare, unable to stand, and weighing a mere 90kg. 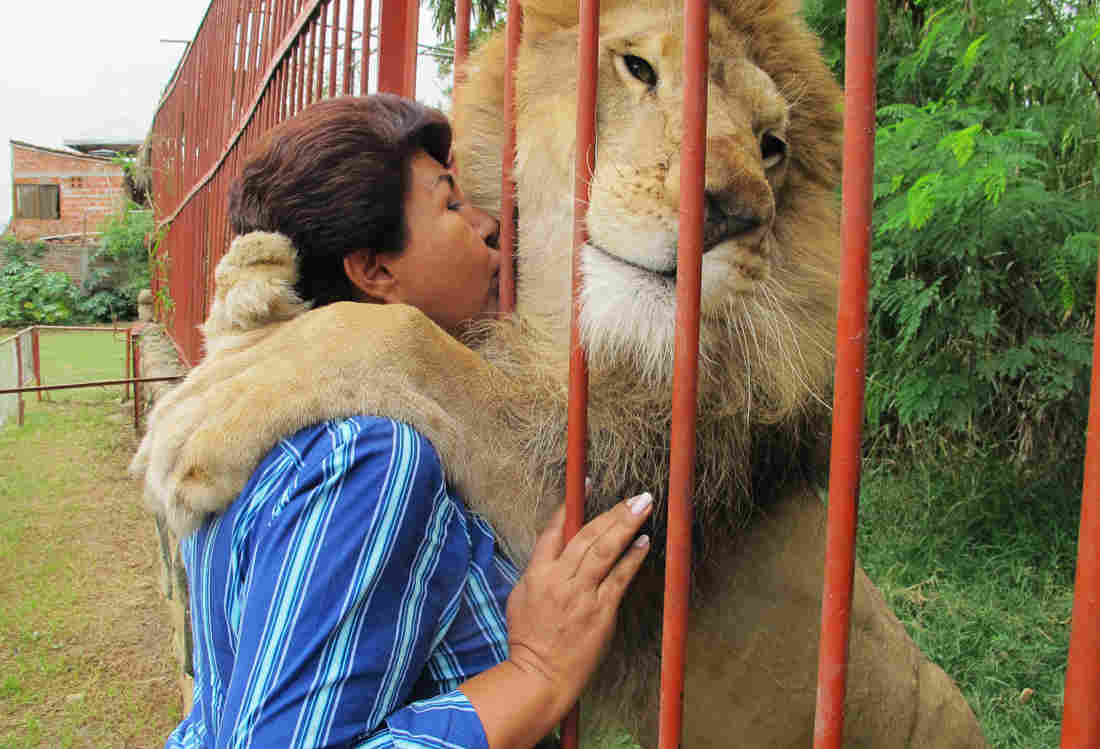 Ana said she decided to visit Jupiter on instinct when she felt something might be wrong. Upon seeing him, she was saddened by his weakened state. She says that it is clear he was locked up and started losing weight as a result of this.

She cites his restricted living conditions as a reason he has stopped eating, and the main contributor to his deteriorating state. Torres feels that being present with Jupiter may help him recover better since he can feel his “mother’s” love is nearby. 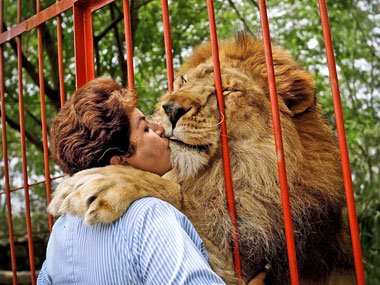 A social media campaign was launched to help Jupiter after several pictures of his plight went viral. The Colombian defense minister responded to the call to help end Jupiter’s suffering. He announced that Jupiter will be relocated to Cali using an air force plane.

The Cali mayor said that the lion should have never been confiscated, and thus never mistreated. He stated that authorities were looking to build suitable accommodation for the lion, and that a case of animal cruelty will be opened.

The animal cruelty case is being brought about by the state, and can have serious consequences for the perpetrators. If found guilty, those who are charged with animal cruelty can face up to three years in jail, as well as a $12,000 fine.

What is most important, however, is that Jupiter will be returning to a familiar environment and will be surrounded by familiar people. Torres says she hopes to be able to help Jupiter on his road to recovery. She believes that the love they have for each other and the connection they share will be the key in aiding his recovery.